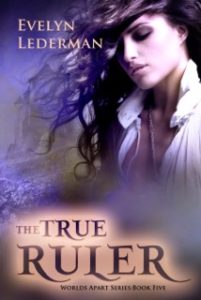 Cassie Jarlyn is a master at keeping secrets. One impulsive act threatens to expose what she had kept hidden for years. She must finally face what destiny has in store for her when she finds herself in the Troyk universe.
Darden Lours fears what will happen to Cassie in his world. He knows he is fighting a losing battle to prevent the growth of her telepathic powers. His desire to build his relationship with her is only tempered by his need to shelter her.
Will submitting to his desire for Cassie destroy everything Darden has fought to protect? Does Cassie have the will power to resist the power of her telepathic gifts?
Get absorbed in the final battle for the Troyk universe and its True Ruler. 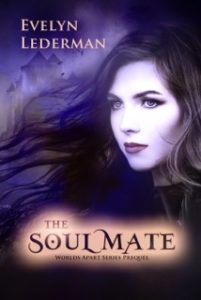 His first touch electrified her!

Leenea Rickard never made a decision without fear her mind-control telepathic father would apply his influence. Even the man she ultimately married would not be her choice. Her fate had not mattered until her eyes connected with a stranger at an anti-government rally.

Zane Childers realized what Leenea was to him the moment he touched her. They must hide the true nature of their relationship or become targets of a corrupt government. Their future is jeopardized when a boy’s life is threatened and they decide to save the child.

Enjoy this prequel to the Worlds Apart series where Zane and Leenea must discover what being soul mates involves. 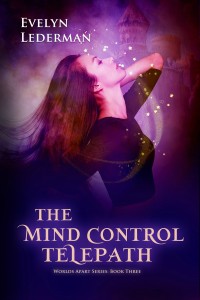 JoAnna Carlson learned at an early age how to get everything she wanted – use her special gift. She blindly follows her soul mate to a parallel world, where their corrupt government possesses the same power. Koel Mardroft has desperately searched for his soul mate, only to have their joining threaten everything he has fought against.

Chartail Adholm was made to feel defective because she could not sway people’s decisions with telepathic capabilities she had not inherited. Now in the penal world, she discovers she temporarily possesses the power she always abhorred.

Is the mind control telepathic power too much of a temptation for JoAnna and Chartail? Will JoAnna betray Koel, falling victim to the governmental pressures to use her growing talents? 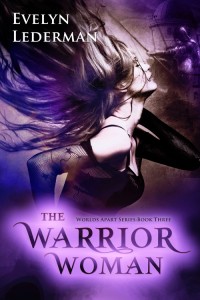 Candy Phillips vowed at an early age to control her own destiny. Her carefully ordered life is thrown into turmoil when she follows her friends into a parallel universe. Thrust into a hazardous position she did not want, Candy finds herself on a routine mission where things suddenly go terribly wrong.

Recognizing immediately Candy is his soul mate, Tolfer Childers decides to hide the true nature of their relationship. He restrains his emotions so her feelings can grow naturally even though he wants to love and nurture her. In a split second decision, Tolfer sacrifices everything to follow his soul mate to another dimension.

Once they exit the portal, Candy and Tolfer must come together as true soul mates to face the obstacles in this new world. Is Candy the Warrior Woman of legend? Will she and Tolfer survive in a place no one escapes from? Ultimately, it will take more than Candy and Tolfer’s bond if they are to live. 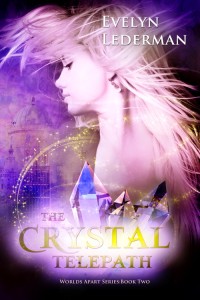 Shirl’s prize possession is the crystal that she always wears around her neck. The only item left to her by her mother. Searching for a missing friend, Shirl finds herself in front of a portal her glowing amethyst opens. She blindly enters the event no clue of where she will end up, desperately hoping to find her friend.

Starc Lours grew up hearing stories about the fabled powers of a mated female crystal telepath. Since he has baggage of his own where women are concerned, he is not thrilled when he is assigned to protect the woman from another universe. During a life-threatening event, Starc recognizes Shirl as his soul mate and is forced to leave her behind. 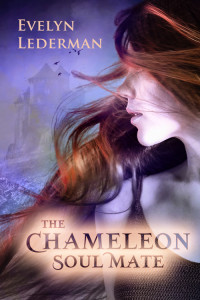 While hiking, Alexandra Mann is powerless to stop the force that pulls her into a foreign land. Alex must rely on her quick-wits in an effort to deal with the strange new world. Fear of rejection taught her the art of blending into the background, a skill that will help keep her alive.

Engaged in a battle with a government determined to suppress its people, Tarsea Childers’ life is suddenly turned upside down. The shocking arrival of an unusual woman captivates him body and soul, and makes him fear what the future holds. The electric, life-changing bond between them will have far reaching consequences for him and his world.

Can Alex step out of the shadows and finally shine? Will Tarsea overcome his need to control everything, and accept Alex as his partner in life and in his fight against the government?