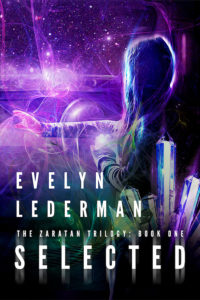 Destruction…. A show of force… And a warning…

Three isolated towns across the world have been destroyed in a show of force by alien invaders. It is a clear warning of what will occur if their demands are not fulfilled. The fulfillment: Human children between the ages of twelve through fifteen years.

Kara Harper is an unremarkable fourteen-year-old girl who is selected by the aliens. She will be physically and socially orientated during the six months it will take to arrive at the planet Zaratan. The girl who liked the safety of being invisible, cannot help but stand out.

Matt Sparks, the boy next door, is also selected. Kara has had a crush on him for as long as she can remember. He vows to safeguard her. The closer they get to their destination, the more difficult it becomes to live up to his promise.

Kara is unsure if she has the strength to withstand the trials and physical changes she is forced to go through. In a new life, Kara will be torn. Will she be drawn in by an alien boy who has shown interest in her or by the powerful patriarch who sees her as the future of his race?