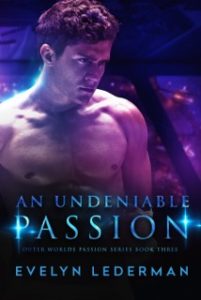 Some secrets can’t be revealed.

Unjustly considered a bombing suspect, Tamara Keyes is forced to shed her fake identity. When confronted with being found guilty of the crime or admitting the truth, she remains silent. The fate awaiting her is preferable to what would occur if her secrets were revealed.

Monte Simpson is helpless to save the woman he loves. Rather than supporting her, he surrenders into depression and guilt. As her truths are revealed, his earlier behavior drives a wedge in their attempts to reconcile.

Relationships in the 31st Century are as complicated as they are today. Get caught up in the third book in the Outer Worlds Passion series.